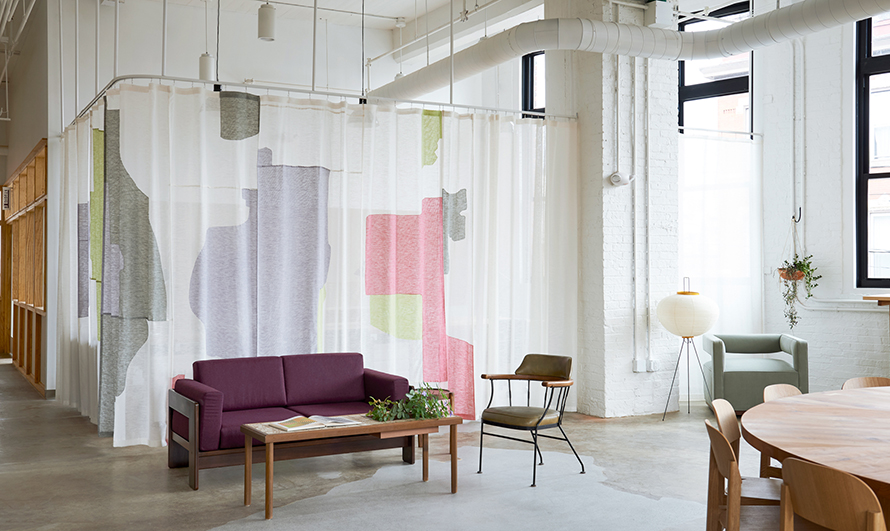 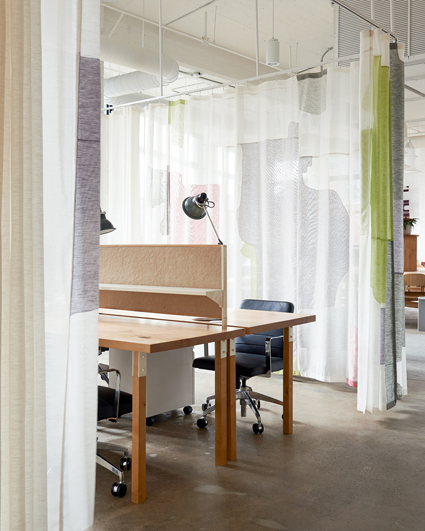 A number of pieces were produced and installed for Arsenal Motors, in collaboration with Studio Lithe, from an operable Roman-shade-style divider to conference room draperies. Many of them employ neutral, understated textiles such as raw canvas that blend into the architecture. One, however, was made to stand out: a large drapery with a graphic treatment inspired by a hand-drawn diagram of a carburetor. Colors were mixed and dyed in my studio on sheer fabric. 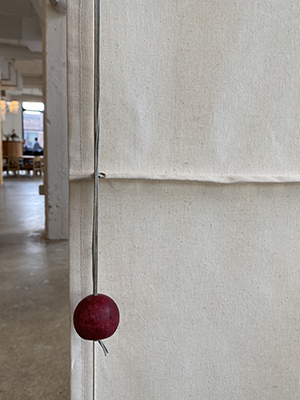 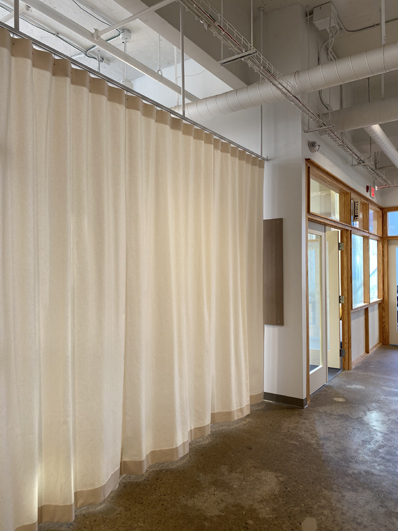 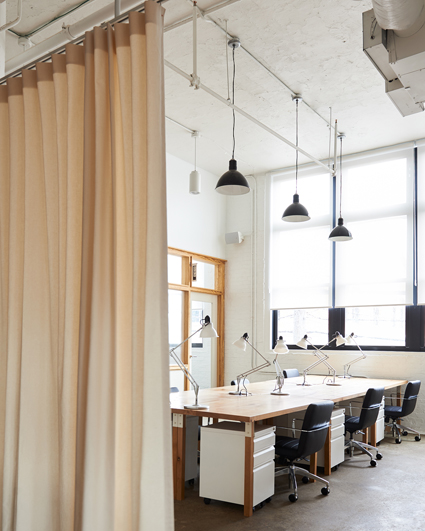